Home Board of Directors Betty-Lou Souter 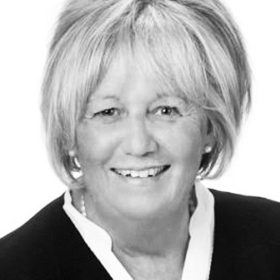 With more than 40 years of experience in the voluntary sector, Betty-Lou has earned a reputation as a committed and dedicated volunteer. She was a member of the Board of the Trillium Foundation between 1989 and 1996, having served as Chair from 1994 – 1996, and was Chair of the Caring Communities Awards in 1997/98. She is a multiple Rotary Paul Harris Fellowship Recipient for her work within the community, the province and nationally, and was named Citizen of the Year by the City of St. Catharines in 2002. In 2003 she received the Queen’s Golden Jubilee Medal, and in 2012 the Queen’s Diamond Jubilee Medal. In 2007, she was awarded the Power of Humanity Award through the Canadian Red Cross. She received the Business Volunteer Person of the Year from the Chamber of Commerce and the Communication In 2009, and Leadership Award of Toastmaster International in 2010. In 2011, Betty-Lou was one of 11 Ontarians who received the Ontario Medal for Good Citizenship (OMC) from Lieutenant Governor David Onley. She received an Honourary Doctor of Laws (LLD) degree from Brock University in 2014.

Currently she is Vice Chair of the Pathstone Foundation and Vice Chair, Niagara Workforce Planning Board. She was recently appointed to the Federal Judicial Advisory Committee for the province of Ontario.

Betty-Lou’s familiarity with the social and health issues of the community coupled with extensive volunteer involvement at all levels has enabled her to develop a large network in all sectors of the community, locally, provincially as well as nationally. She has given voice to those who have not been heard and advocated for a healthy and vibrant community for everyone. She is considered to be the “Voice of Poverty” in Niagara.