Home Board of Directors Carol Nagy 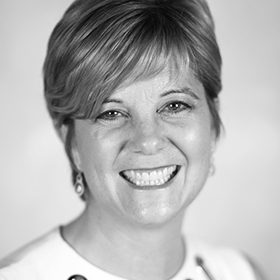 Carol Nagy’s entire career, though diverse, has shared the common thread of voice and vision for those in need. After receiving her Master’s in Social Work from the University of Toronto, Carol began her career in Child Welfare in Toronto. She began working as a front line social worker helping single young mothers who were often victims of violence and poverty.

As her career progressed, Carol took a position with the Ontario Association of Children’s Aid Societies, writing various training curriculums and developing robust programs in this field to support indigenous Communities in Northern Ontario who were seeking to provide their own mandated child welfare services.

After 20 years of experience and success, Carol broadened her scope and began working in mental health where she managed the Counseling and Health Services departments at Sheridan College.

Niagara Falls born and raised, Carol returned in 2013 to build upon her already accomplished career to take on the challenge of Executive Director at Hospice Niagara. The opportunity allowed her to be closer to her aging parents and rediscover her love for the Niagara community. Carol continues to immerse herself in the Niagara Region, by joining the Board of Directors for both Quest Community Health Centre and the Niagara Workforce Planning Board.

Carol has two children; a daughter attending Kent University in England, studying her Master’s in Ecological Conservation and a son at the University of Waterloo, hoping to enter law school.