Home Board of Directors Karen Watt 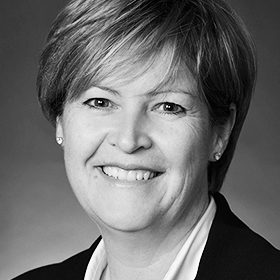 Karen has been Algoma Central Corporation’s Vice-President, Human Resources since September 2007. Prior to this role, Karen was Director, Human Resources of the Corporation from 2004. Karen is responsible for all people-based activity within the Corporation, both on an operational and strategic level and is specifically involved in resource planning and recruitment, training, policy development and implementation, labour relations, and compensation and benefits issues.

Prior to joining Algoma Central Corporation, Karen was employed by a Canadian specialty steel producer, where she began her career in the company’s Engineering department. After several years, Karen transitioned in to the Human Resources field, initially responsible for Health & Safety function and then being promoted to Labour Relations Officer and then ultimately to Corporate Director of Human Resources.